Sanlucar de Guadiana, in Spain and Alcoutim, in Portugal reside across from the river Rio Guadiana. And the countries are one hour apart in timezone, which means that Spain in one hour ahead of Portugal. 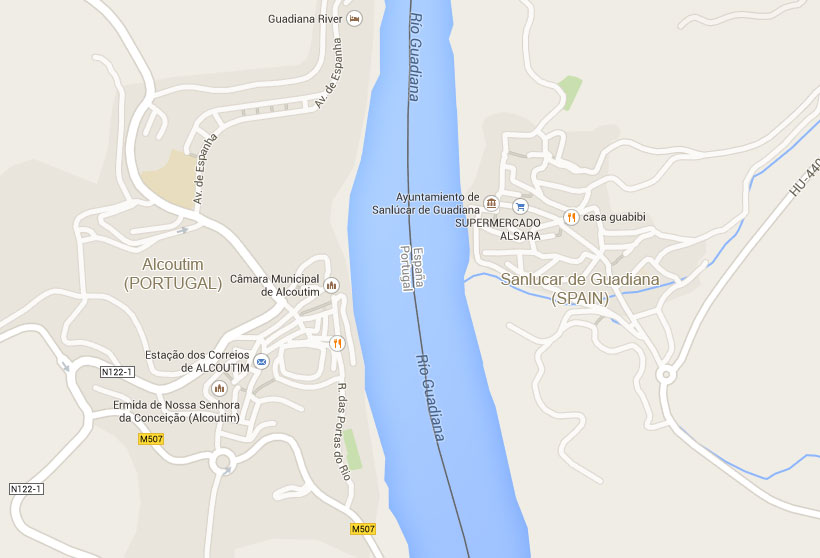 A 4×4 takes you to the departing platform, set near Spain’s San Marco Castle, and in less than a minute, you arrive on the Portuguese side. And since both, Spain and Portugal are a part of the Schengen Zone, there are no customs or immigration controls between the two countries and they have an open border. 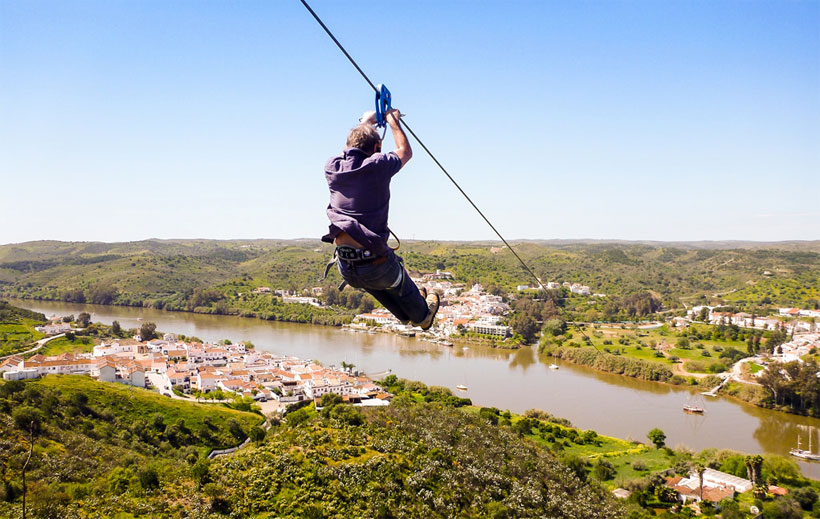 Speeds can reach up to 45mph (72kmph). A short walk from the destination post takes you to Alcoutim village, where a small passenger ferry awaits anyone who needs a ride back to Spain; fare is included in the €17 per person price.

Limite Zero is located in Sanlucar de Guadiana, in Spain and opening hours are 10am-2pm and 4pm to 8pm. They are closed on Mondays and Tuesdays.