There are a lot of things to do in Medellin, the second largest city of Colombia – For example, take the Metrocable up to Parque Arvi for stunning views of the city and a piece of serene nature. Downtown Medellin boasts some of the best sights to see in the city, so instead of walking in the downtown area, which is not the safest as per locals, sign up for a walking tour provided by Real City Tours. And it’s free!

The company offers two tours in a day – 9:00am and 2:30pm – Monday through Friday. REMEMBER THIS – Being the top activity to do in Medellin on TripAdvisor, you MUST book in advance since they get sold out in a jiffy. For any particular day, they open the bookings about 48 hours in advance, so make sure to jump in the bookings as soon as they open. You will receive a confirmation email upon successful booking.

Another important thing to remember is to be on time at the designated meeting place. If you’re late more than 5 minutes, then your participation in the tour will be denied.

The free walking tour is fully in English and takes 4 hours to complete. This does not include any meals or any other services like transportation. You will be walking for all the four hours with one 15-minute break, and be prepared for any weather. Get enough water, sun-screen and good walking shoes.

Having said that, the walking tour is one of THE best thing to do in Medellin for the reasons that you will see the city’s highlights from a local’s eye, who will give you the history of how Medellin has evolved from being the most dangerous city in the world during the Pablo Escobar days, to evolve as a big and safe metropolis.

The tour begins with a history of Medellin and Colombia, followed by visiting different sights – churches, monuments, etc. Here’s the route of the tour and the sights you will be visiting:

Juliana, our tour guide, made our tour very friendly, intuitive and exciting. Here are some of the highlights of the tour, but we will not disclose or give the details of the tour as we want you to experience it for yourself: 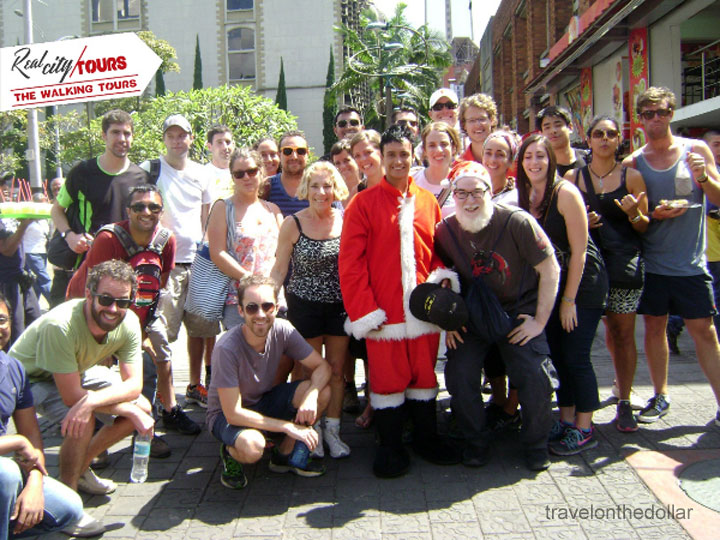 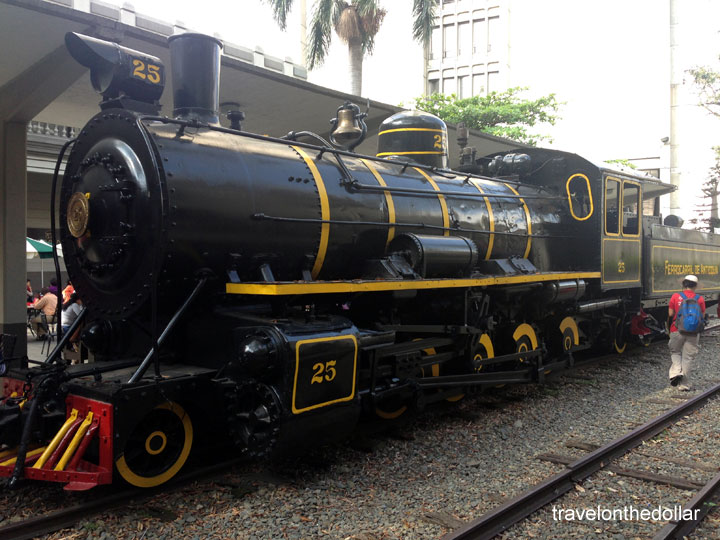 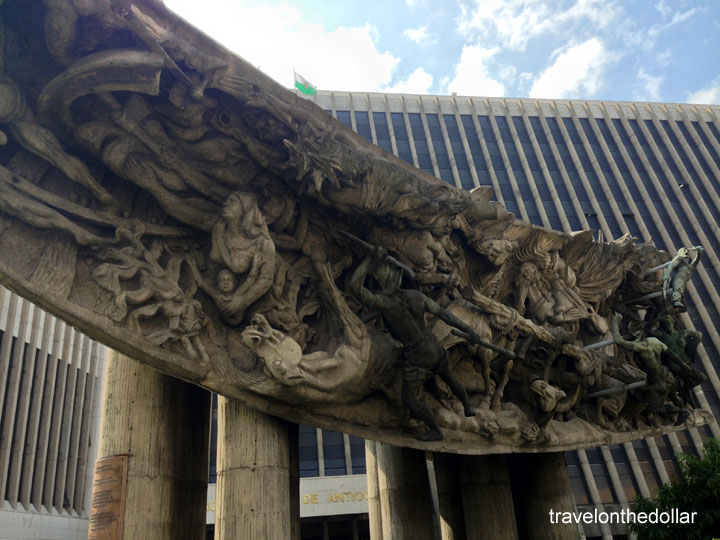 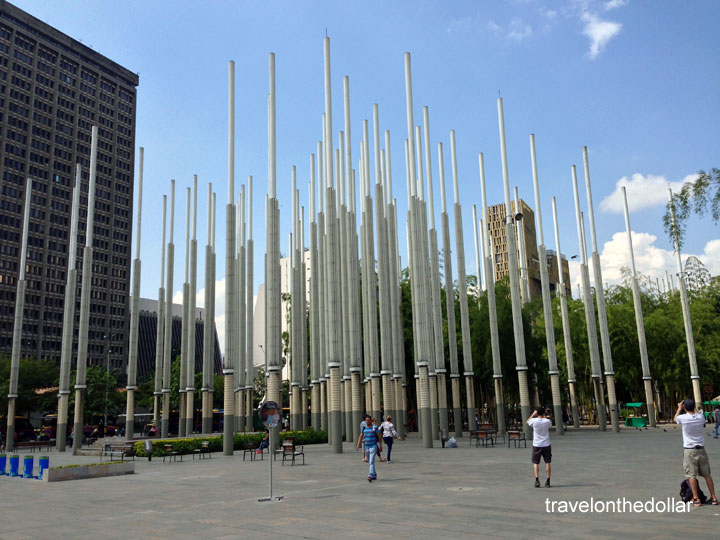 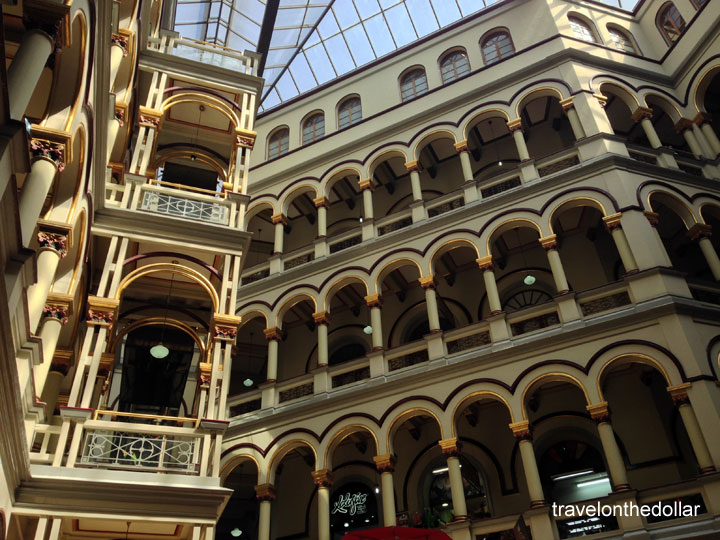 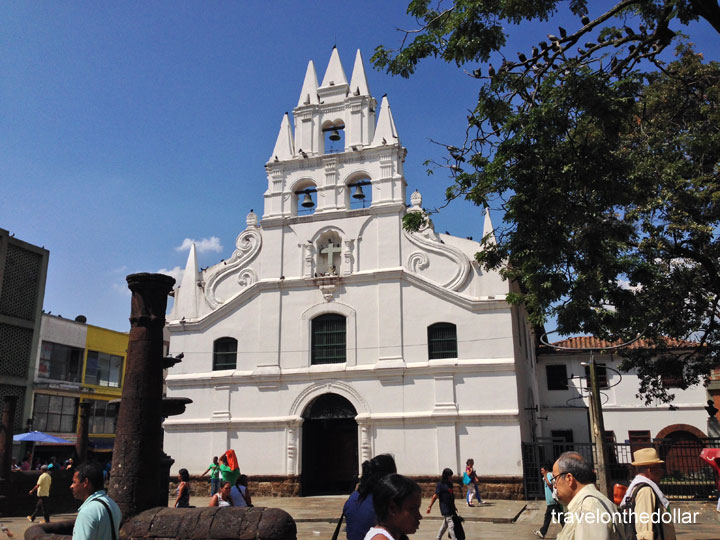 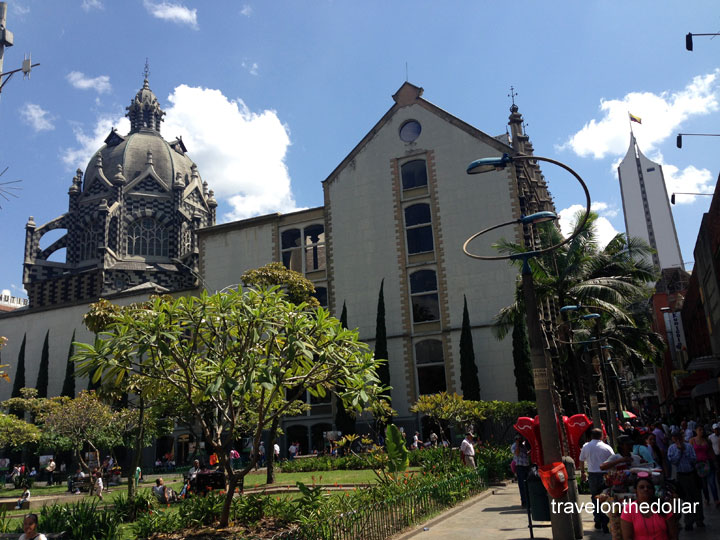 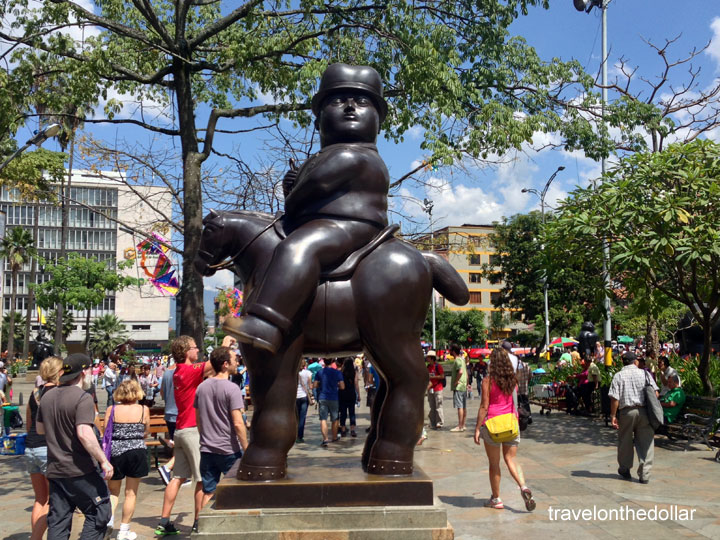 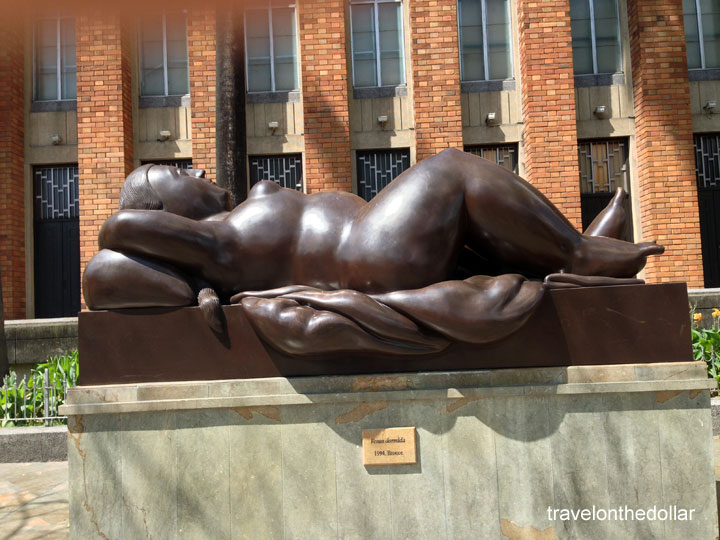 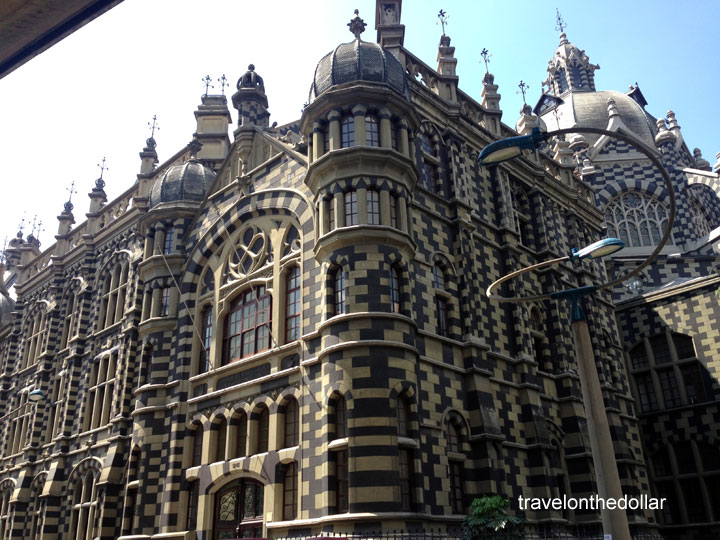 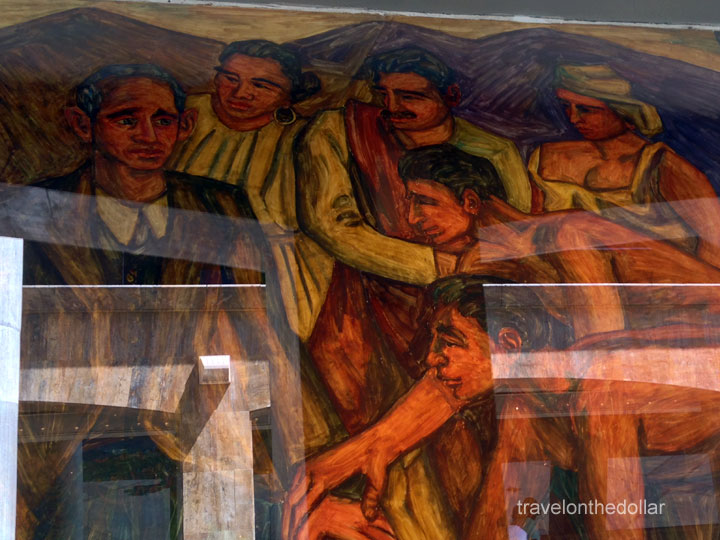 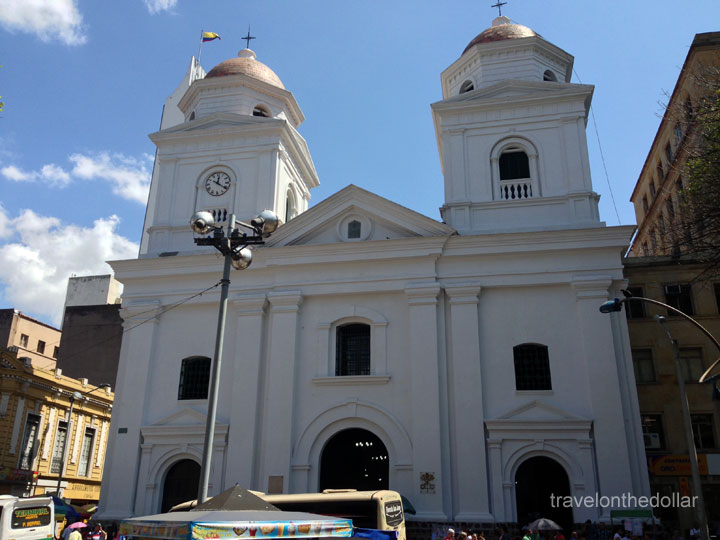 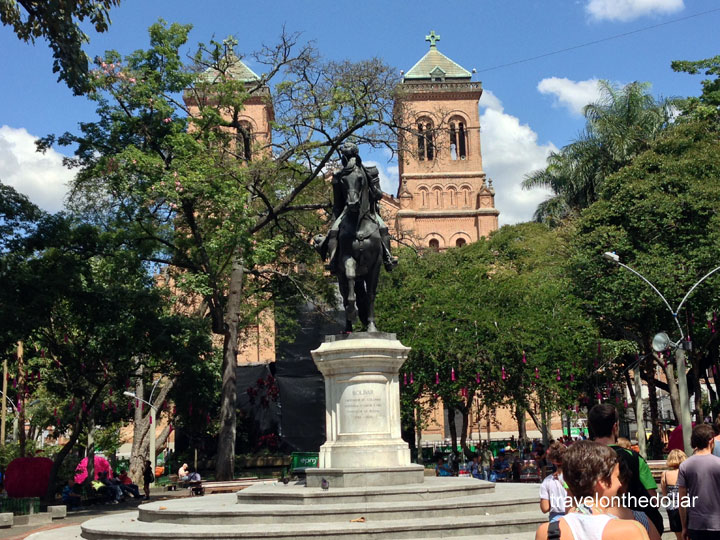 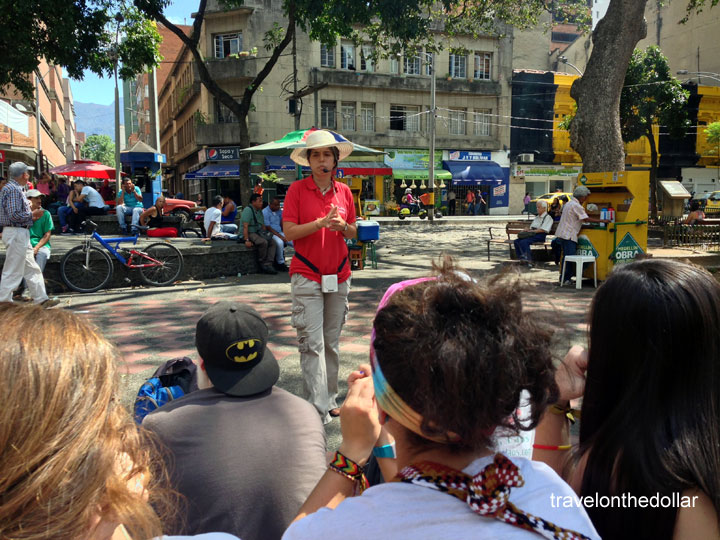 The tour ends at the grand square near San Antonio metro station which was the location of a horrific grenade attack, and is now merely a tiny footnote in Colombia’s troubled history. Later at a memorial, we’re told of a market bombing that killed 23 people—and a sculpture that exploded in the attack is still left here in its original state. 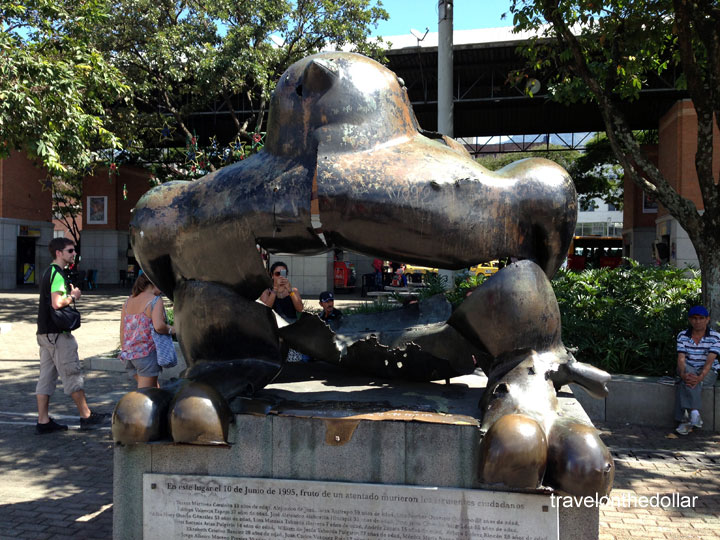 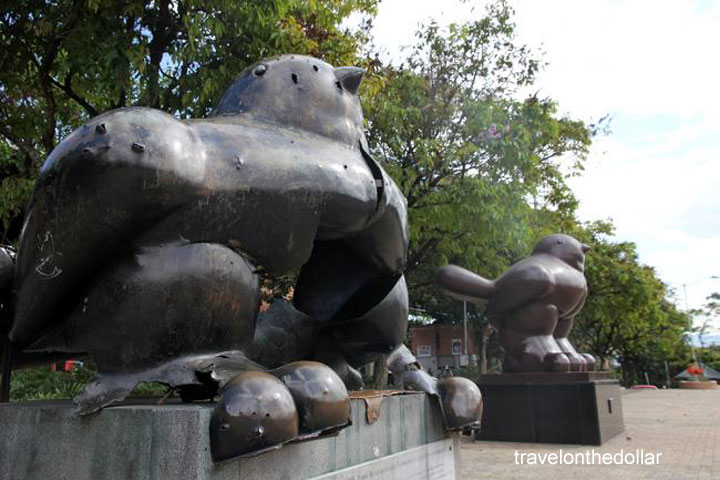 [On the left is the sculpture that exploded. The artist, Fernando Botero, insisted the city keep it as-is, with a new sculpture placed next to it to represent the new Colombia.]

The final destination was at San Antonio metro station.

Have you taken the tour? Send your feedback in comments.