Travelers love wifi hotspots and with a growing number of public hotspots in the world, it is extremely useful for business and leisure travelers because they do not have to pay for international mobile data.

But connectivity and quality of public wifi networks comes at low speeds and unavailability because of technical reasons. Moreover, the one city’s public WiFi does not reflect the whole country’s context.

Rotten WiFi users have measured and evaluated the quality of public hotspots in 172 countries worldwide, testing hundreds of networks. The collected data revealed Top 20 countries with best public WiFi in this infographic:

This graphic shows Lithuania to be the top country for average download speed of 15.4 Mbps and upload speed of 14.17 Mbps, followed by Croatia, Estonia, Ireland and Romania taking the top 5 spots. In fact most of the top spots go to European countries, except for Singapore in 12th position and Canada & U.S. taking 19th and 20th positions. 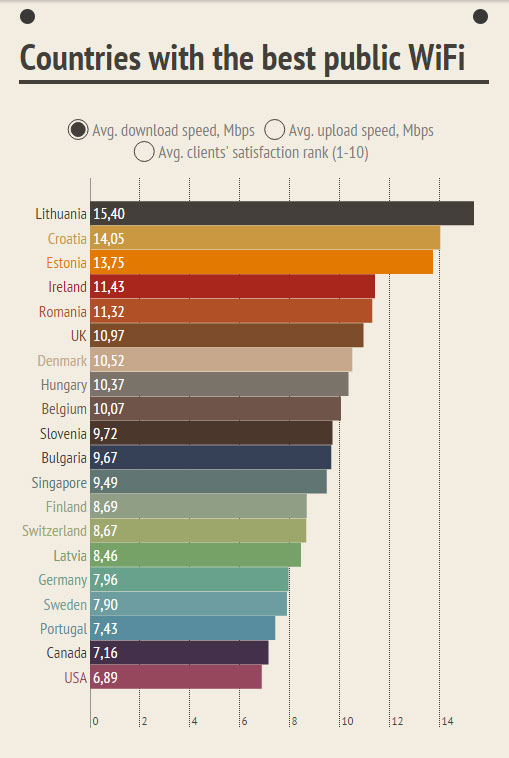 In contrast to download speeds, Lithuania took the last position in overall customer satisfactory ratings, based on NPS (Net Promoter Score) method. Although the fastest and slowest avg. download speeds differ almost 3 times, users’ evaluations vary only by one point, showing that public WiFi needs in every country are diverse. 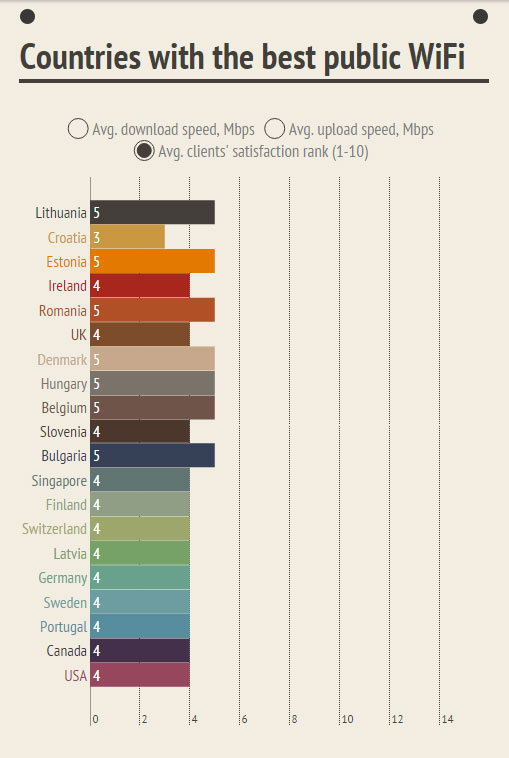