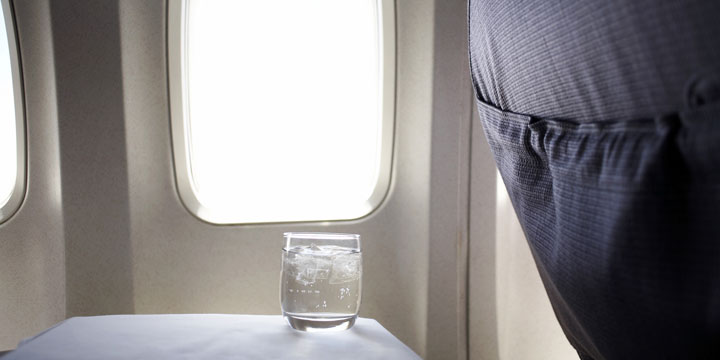 Consuming ample amounts of alcohol in your flight, especially long-haul ones is not a good idea because the lower pressure in the cabin at high altitudes restricts intake of oxygen.

Aviation Health explains the harmful effects of drinking on a flight:

Alcohol’s principal action is to slow down brain activity by restricting oxygen intake to the brain. When passengers ascend to moderate altitudes while on a plane they are already subjected to the additional oxygen deficiency caused by lower pressure in the cabin. This “double-whammy” makes alcohol have a much more powerful effect than normal.

Some air travellers who are more vulnerable than others to the concentration of alcohol in their bloodstream find that the consumption of only a couple of drinks can produce an “instant hangover” that lasts the duration of the flight.

Other than the alcohol consumption being potent, they also have a treasure chest of tips for patients with asthma, diabetes, hyperventilation and hearing deficiency.

There’s also a section dedicated to women regarding diet, beauty treatments and menstruation.

Go over to Aviation Health’s Arrive in better shape to learn more about these fantastic tips and advice.