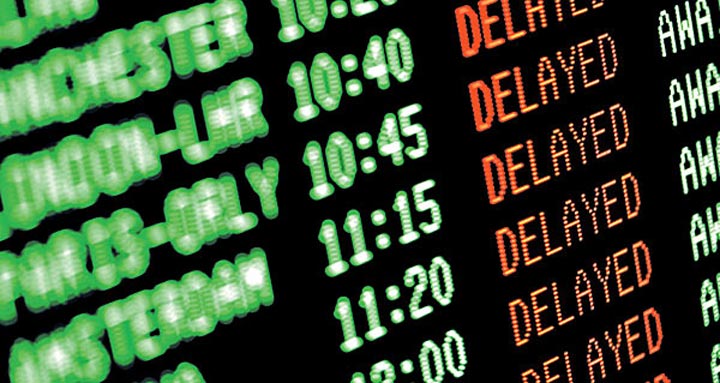 We all dislike delays in flights and they are not uncommon. After analyzing numbers from the Buerau of Transportation Statistics, Nate Silver at FiveThirtyEight has determined the worst time to fly and the best time to avoid delays.

Aviation system delays peak in the mid-to-late afternoon, when the transit system is at its fullest capacity. (The combined number of arrivals plus departures is highest between 4 and 5 p.m.) Weather-related delays are highest between 3 and 11 p.m., when thunderstorms are more likely to form.

He says that the best time to fly is between 6am and 7am, when the flights on average are supposed to be delayed by 8.6 minutes only. After which the delay times peak at 20.7 minutes between 6 and 7 p.m. They remain at 20-plus minutes through the 9 p.m. hour.