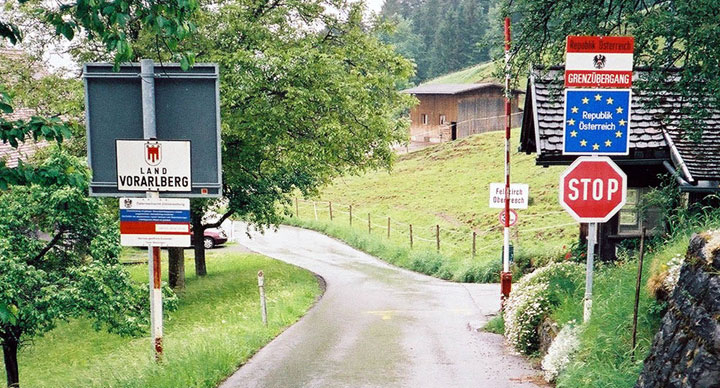 Austria, Germany or Italy, all EU countries, don’t allow vehicles to enter their territory without being registered in EU zone, even if you drive for tourist, sightseeing or personal reasons. Three months back, a German tourist, traveled from the Swiss side of Lake Constance, into Austria, only to be caught by the cops and fined €15,000 for driving a Swiss car across the border into Austria.

Tourists to Austria should be on Alert. This Alpine Federal Republic is known for being a country of sometimes crazy and questionable principles. Everything is by the books in Austria – and there is no way to ever twist rules, even if they are not know.

Visitors to EU are oblivious to this little-known law, and the travel and tourism industry is not about to tell you.

Austrian officials said the German tourist had breached customs and tax laws as he was bringing a car into the EU that wasn’t registered in the EU and hadn’t declared it at the border. Legally, the car was regarded as a commodity, on which neither tax nor duty had been paid in the EU. In effect, he was treated as if he was attempting to smuggle the car into Austria.

The amount of tax and customs duty payable depends on the value of the vehicle. German motoring association ADAC advises drivers who rent a car in Switzerland to ask for a car which is registered in the EU if they wish to cross the border with it.