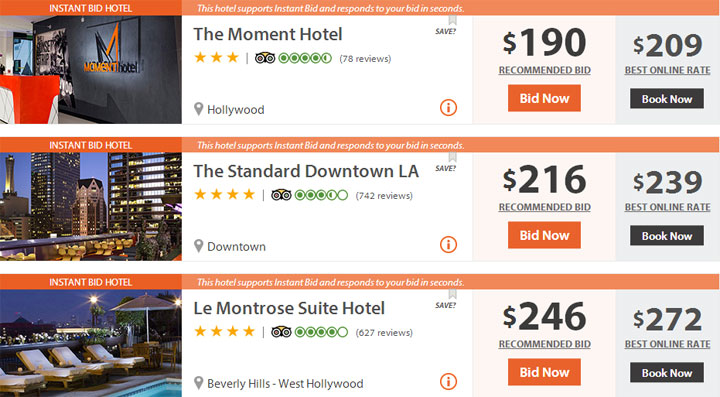 Thousands of websites online let you book hotels and also compete for the lowest rate. But Stayful determines the lowest price you can use to bid on unbooked rooms at independent and boutique hotels.

Displaying the lowest available price, Stayful allows you to bid on the unbooked rooms in the independent hotel of your choosing. You get to make 1 bid every 24 hours on each hotel for up to 3 hotels in each city. Currently, ten cities in U.S. are supported by the website – New York City, Chicago, Boston, New Orleans, San Francisco, Miami, Seattle, Los Angeles, San Diego and Phoenix.

You can enter a lower rate than the one recommended and get an answer instantly. Your bid doesn’t guarantee to get you a room either, but hotels usually accept the Stayful bid 60 percent of the time. Which hotel wouldn’t wanna fill their rooms?!

With details like location of the property, amenities, pictures and reviews from TripAdvisor, you are sure to know what kind of place you’re bidding on.

If your bid isn’t accepted, there’s a link right next to the bid rate that shows you the best rate available online, just like any other travel site.

Have you used Stayful? Send your feedback in comments below.