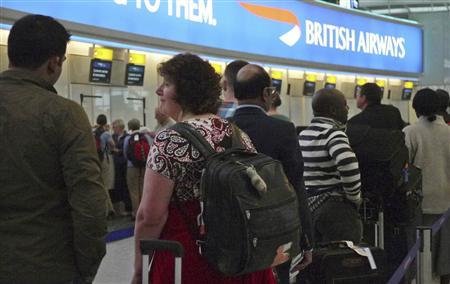 Last year in October, Mr. Jay Shah narrated his ordeal in dealing with Air France and his experience with their Paris staff, and now Snigdha Jain outlines her experience in London where British Airways staff behaved rudely and perhaps racially in handling their tickets for a flight from London to Mumbai.

Flying out of New York to London, Snigdha’s flight was delayed because of a staff error at LHR that prevented the plane at the gate to depart. This lead to her plane not being able to park on time making her miss the connecting flight to Mumbai.

Making things really difficult for her, the staff at the check-in counters behaved rudely and tried to get out of the European Union laws that entitled her compensation for all flights delayed for four hours or more.

« Get $500 for a missed airline connection, and alike with this plan
The Argonne Anti-Jet-Lag-Diet »