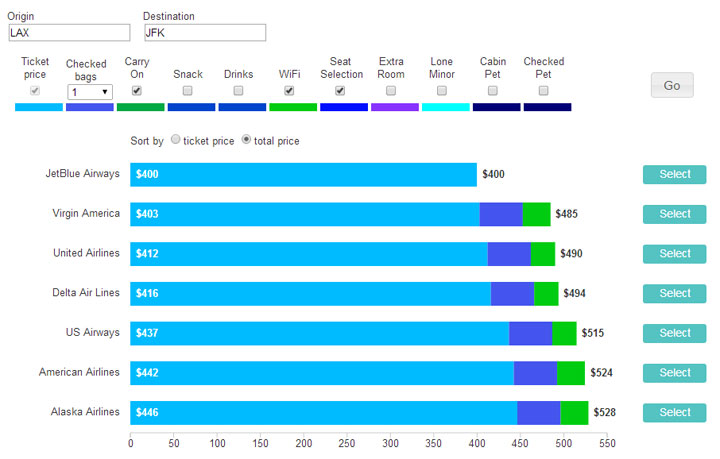 Governments across the world, especially U.S. Department of Transport, have proposed laws for airlines to disclose all the fees at the time of purchase of tickets. But there are other airline fees for amenities such as luggage, snacks, and WiFi, that are not included in the ticket price. And adding them can significantly increase the true cost of flying.

Because these costs vary between airlines, the choice of amenities often change which airline is cheapest. Hopper took a look at how different airlines stack up once amenity fees are added in.

Try it out for yourself. Just enter your starting airport and end airport, check the features you need, and hit Go. The tool will will give you the total costs with amenities for flights in the results, ranked from cheapest to most expensive for those scenarios.

To see what each airline costs in a specific market and for your specific set of chosen amenities, check out Hopper’s interactive fees calculator.

« Best way to travel you ask?
Breakaway to Bermuda »