Game of Thrones is one of the greatest sensations sweeping through the entertainment industry today. The adventure, myth, magic and intrigue which it offers has had ardent fans hooked from Season One. Now in the fourth season, it seems like the fun is just getting started. However, it is possible to take the fun, adventure and excitement to a whole new level. 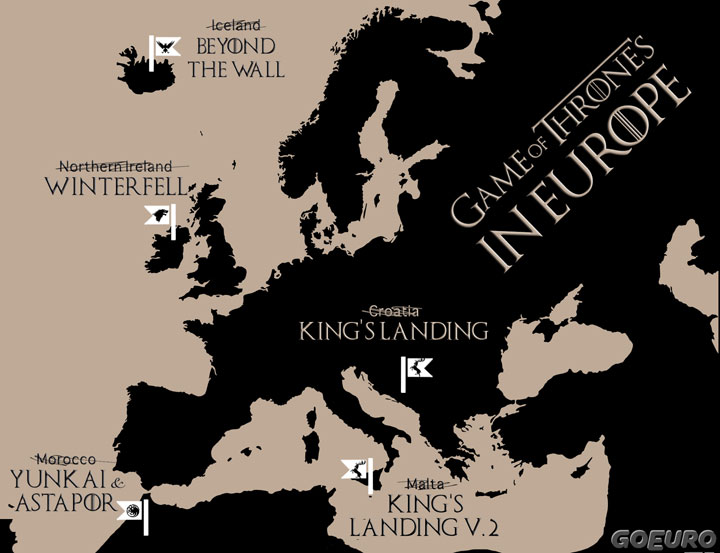 Just pause for a moment and imagine: What if you could stroll along the beaches of the mythical Slaver’s Bay, walk along the cobbled streets of King’s Landing, or gaze on the grasslands crossed by the Dotharki Horde? How would it feel? Amazing, right? Well, you can have these and even more fascinating GoT experiences this summer. All you have to do is visit any of the following filming locations. 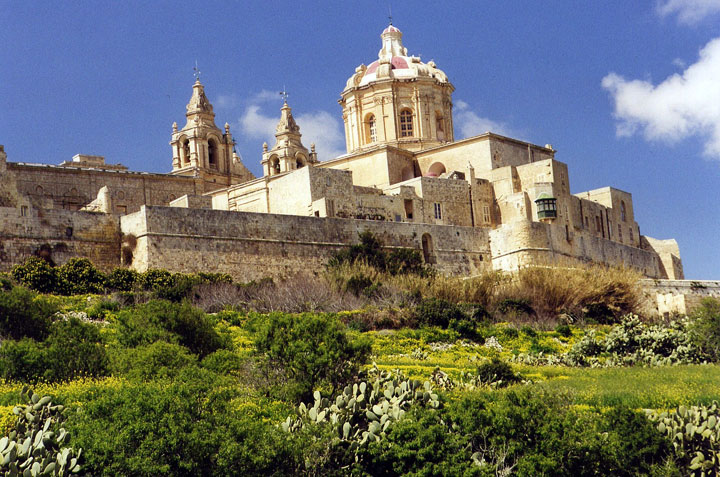 This former Maltese capital took center-stage in the first season as it hosted King’s Landing, the capital of the fictional Westeros. The city has the perfect Game of Thrones atmosphere with chunky Medieval walls, antique Baroque architecture and ancient spires. They couldn’t have selected a perfect home turf for the sadistic Joffrey. Strolling through Midna’s narrow streets, it is impossible not to be teleported into the intriguing scenes from the inaugural season of Game of Thrones. The city’s ancient dungeons, with their complicated maze of dark, gloomy passageways just complete the picture. Basically, a visit to Midna will immerse you into medieval world of Game of Thrones. The city is also endowed with of other attractions which can spice up your experience. Among them are medieval cathedrals, museums, a roman villa and exciting ancient lore. 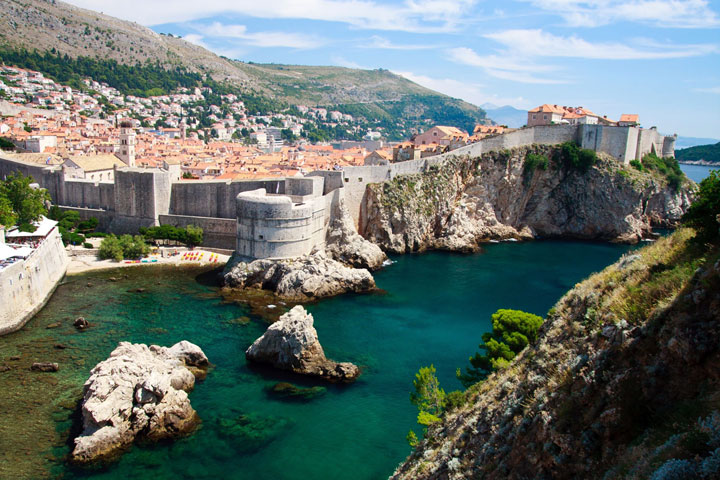 From the second season onward, King’s Landing needed a more spectacular location – a place with the perfect blend of medieval ruggedness, pomp and luxury. As such, it was moved to Dubrovnik’s Old City in Croatia. This medieval city, popularly referred to as “the Pearl of the Adriatic”, is as perfectly preserved as Olena Tyrell herself. Its 500 year-old walls, white cobbled streets and collection of medieval monuments provides the perfect backdrop to the Game of Thrones intrigues. You can visit the fortress which is the setting for Red Keep, and you might even catch a glimpse of the Iron Throne. Game of Thrones aside, Dubrovnik has a number of attractions which can spice up your experience. The city has numerous medieval cathedrals, magnificent palaces, idyllic beaches and many other tourist excitements.

Day 8 – Dubrovnik – Eight days in Croatia
Travelogue of an eight-day backpacking trip to Croatia providing tips and information from our personal experiences. Sights like City walls, Fort Minčeta, Rector’s Palace, and many more. 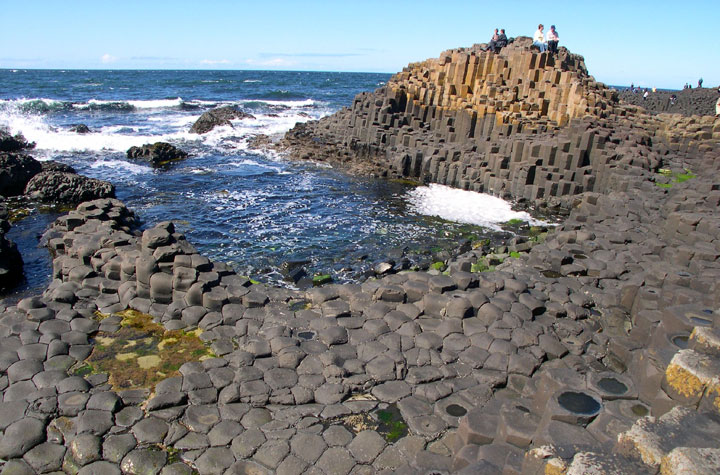 Northern Ireland is country with the largest number of Game of Thrones filming locations, with a total of 16. Almost all the magnificent landscapes of Westeros are found in this country. The best place to view the various locations is by visiting the Causeway Coast. This idyllic countryside is a 120 mile coastal route from Belfast Lough to Lough Foyle. Along this route, you can visit numerous Game of Thrones places like Winterfell, Black Castle and the tourney grounds. You can visit the forest through the Night’s Watch rode, tour the castle which offered the background to the tourney, and explore Stark’s home. The best way to visit the Causeway Coast is by hiring a car to take a drive. There are also several companies which offer detailed Game of Thrones tours featuring stopovers in all the popular locations. 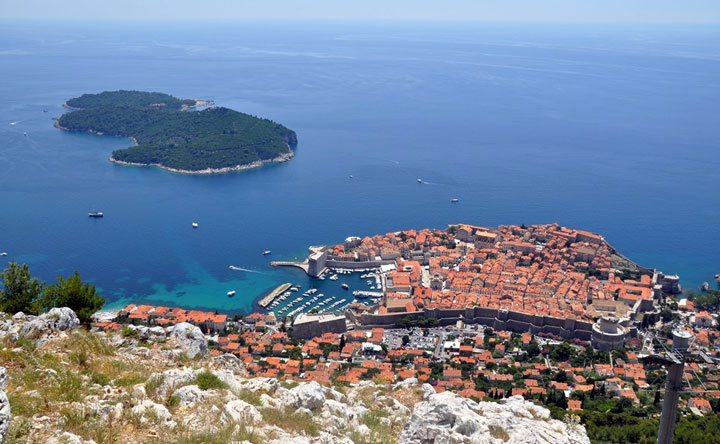 This idyllic island is the location of the ancient port of Qarth. Most of the filming took place in a 15th Century Benedictine monastery. Therefore, the monastery is the perfect place to soak in the Game of Thrones atmosphere. It is antique, picturesque and well preserved. It features some elegant GoT-esque architecture, which gives it an aura of the real Qarth. While there, it is not difficult to picture the dragon flying in from King’s Landing, which is a mere 4 km away. The Benedictine monastery also has a beautiful botanical garden which contains some colorful plants, flowers and cute peacocks roaming around. You can reach the island with a boat line from Dubrovnik (the tickets are purcharshed in front ot the boat) or you can rent a boat from one of the Charter and visit the island on your own. Lokrum also has other attractions besides the Game of Thrones set. It has numerous beaches, elegant landscapes and even rumored to have once housed the Richard the Lionheart. 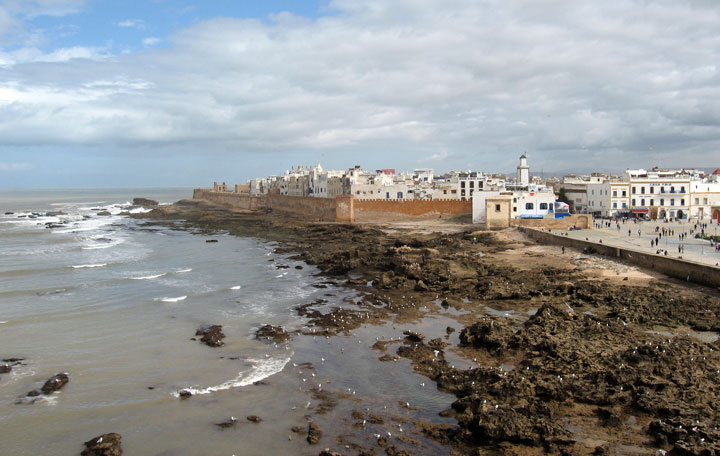 One of the most iconic scenes in Game of Thrones is when Daenerys Targaryen (a.k.a The Dragon Lady) decides to invade Westeros with her army of freed slaves. She launches her invasion from Slaver’s Bay in the Gulf of Grief. The location of Slaver’s Bay is actually the Moroccan seaside town of Essaouira. It is about a three hour’s drive from Marrakech. You can stroll along the beaches reminiscent to the ones where the Dragon Lady and her army landed. You can also visit the town’s famous sea-walls, walk past the iconic Castle in the Sand and check out the other UNESCO World Heritage Sites in the town.

In a nutshell, it is often said “life is not counted by the number of breaths you take, but by the moments that take your breath away.” What is more breathtaking than having a personal experience of the mystery, magic and intrigue of the Game of Thrones? Visiting the filming locations will give you an intimate encounter with the GoT, an encounter you can never have by simply watching the iconic series. Therefore, if you are looking for a truly spectacular summer experience, visit any of the Game of Thrones filming locations. You will be entranced, enchanted and amazed.

About Author: Romeo Demes is a passionate writer and huge Game of Thrones fan from Australia. He uses every opportunity he gets to travel with loved ones around the world and experience unforgettable moments. Like he wrote in the article; it`s not about the amount of breaths you take, you should live for the moments that take.