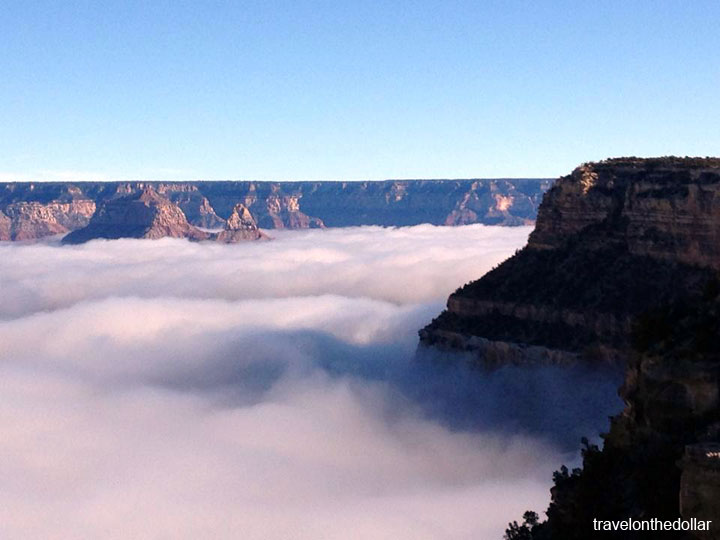 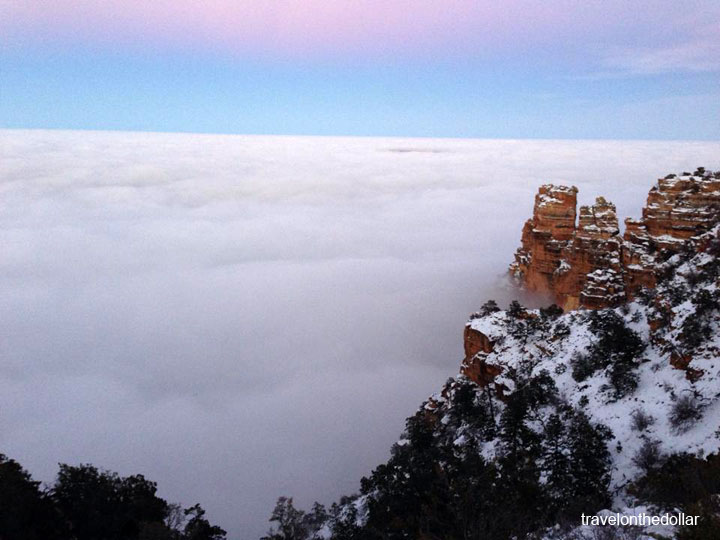 Our reader Anand Rane captured these pictures of the Grand Canyon covered in “clouds”. According to park ranger Erin Whittaker, told the MailOnline that this is “a once in a lifetime event,” that happened two times in only three days.

The canyon gave us a second rare inversion in three days. Freezing fog dominated yesterday … by the end of the day the sun was able to burn it all away no doubt making many first time visitors very happy. Word spread like wildfire and most ran to the rim to photograph it. What a fantastic treat for all!

The fog was caused by something called a ‘temperature inversion’. This happens when warm air acts as a lid to seal cool air near the ground. That means all pollution and fog is trapped and unable to rise.

Check out these pictures from Grand Canyon’s Facebook page: 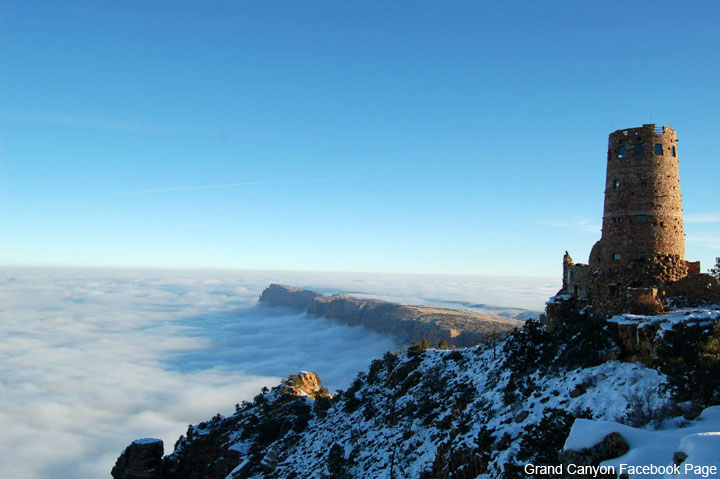 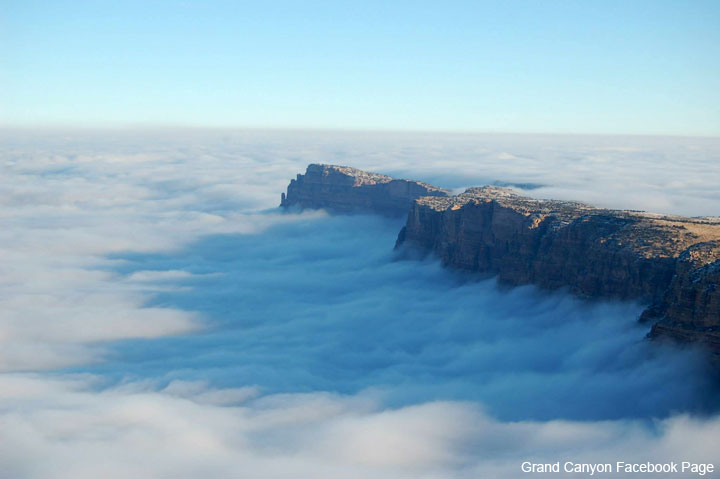 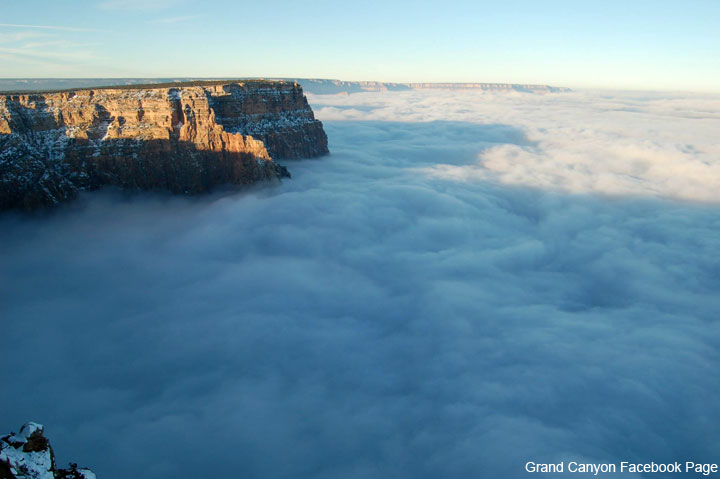