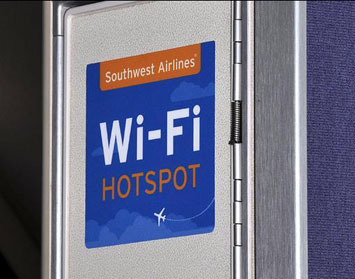 The FAA had recently lifted the prohibition on using certain electronic devices during take-off and landing; and Southwest Airlines is the first airline to offer gate-to-gate wi-fi connectivity. In addition to already allowing use of gadgets themselves, Southwest uses a satellite technology that differs from the air-to-ground technology used by Gogo, which powers the inflight wi-fi for most other airlines.

Southwest has wi-fi on over 430 planes and now Gogo is also upgrading the internet speed in addition to allow talking and texting capabilities.