Amsterdam is a popular tourist destination for many people in Europe and from further afield. Known as Venice of the north, Amsterdam is the Netherlands’ creative, cultural and financial centre. Amsterdam appeals to a wide variety of travellers, from those looking for exciting nightlife to visitors looking to take in the architecture and history.

If you’re planning your first trip to Amsterdam, then read on for our top tips in our Amsterdam mini travel guide. 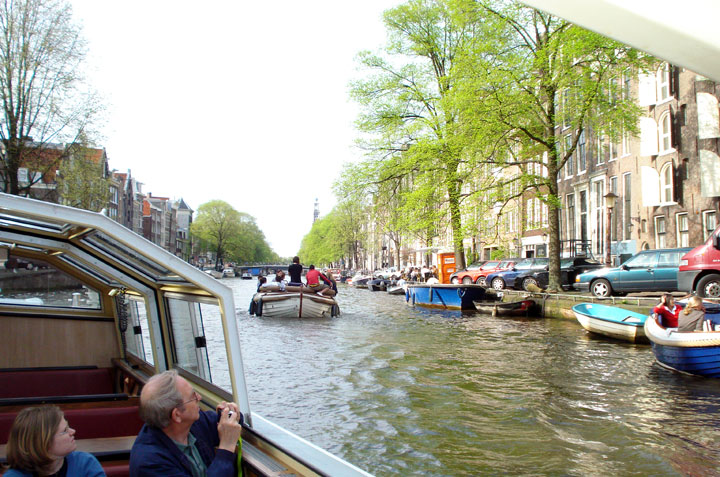 Speaking
The natively spoken language in Amsterdam is Dutch and learning a few phrases could come in useful, however Amsterdam is the tourist capital of the Netherlands and you will find that many of the inhabitants also speak English as their second language.

Currency
The Dutch guilder was the currency of the Netherlands, until 2002 when it was replaced by the Euro. Other currencies are not normally accepted so it would be wise to change up any dollars or pounds sterling that you want to use.

Many restaurants and shops accept credit cards, so if you’re looking to pay by card then you should not have too many problems.

Getting around
As with any modern capital city, Amsterdam has a multitude of options for getting around the city, including public transport.

Amsterdam’s public transport is fairly comprehensive with trams, ferrys, trains, metro and buses available. You can purchase a travel card called the OV-chipkaart, which can be loaded with weekly, monthly or yearly subscriptions depending on the duration of your stay. These travel cards can be used on a variety of routes and methods of transport, though it is worth checking before beginning your journey.

Amsterdam itself is actually a fairly small city, so you can quite comfortably get around on foot, reaching most tourist destinations within 30 minutes of the train station. If you want to protect the environment but want to get around a little quicker, then consider renting a bicycle. These are very popular and the city is bike friendly with separate cycle lanes on many roads.

Accommodation
Amsterdam has a number of hotels and hostels available for travellers. If you’re looking to book a hotel in Amsterdam, then you can search for and book hotels on the Accorhotels website.

There you have our Amsterdam mini travel guide. Remember that the best way to avoid any unwanted surprises during your trip is prepare and research as much as possible before you go.

« Hand signals you must avoid while traveling abroad
Why choose Seattle? »