Spanish architect Antoni Gaudí’s masterpiece, Sagrada Familia, began in 1882 and he was killed by a train in 1926. But after eighty six years, the Barcelona basilica is still under construction with none architects working on this never-ending project. But according to Jordi Faulí, the current architect on the magnificent life-sized sand castle, it’ll be done by 2026 and this is what it will look like:

One of the controversial roadblocks to its completion was the fire in the crypt of Sagrada Familia in 1936, which destroyed all the plans, sketches, and models Gaudí had left behind, forcing later designers to interpret what they thought the brilliant Gaudí wanted the basilica to look like.

This video shows the work being funded mainly through public donations, including the massive, yet-to-be-finished 176-meters (564-foot) tower at its center, known as Glory facade. 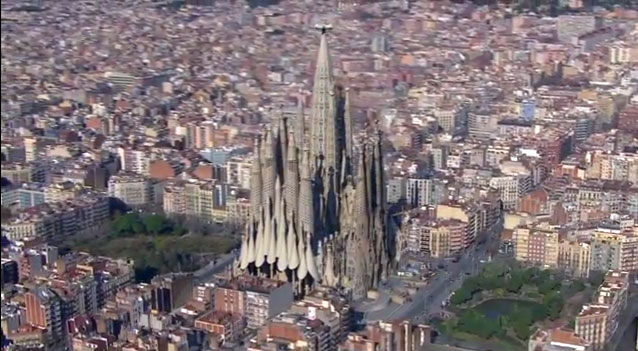