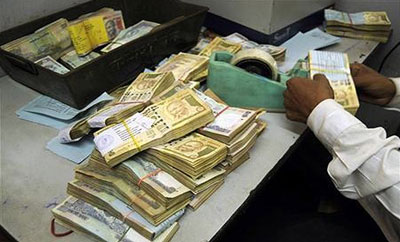 If you have a passion to collect currencies of the countries you visit, and if you’re in India, then according to a new directive from the Reserve Bank of India (RBI), every foreigner leaving the country will have to compulsorily change Indian rupees in their possession into a foreign currency before they board the flight.

Although the rule, which is part of Foreign Exchange Management Act (FEMA), has been in place for quite sometime now, it is only now that the central bank is trying to enforce it. On Monday, RBI allowed forex changers to open kiosks beyond the immigration desks at international airports to facilitate foreigners opting to exchange rupee for other currencies before they enter the aircraft. According to RBI officials, in case these travelers have Indian currency notes in their possession before boarding the flight, Indian customs officials can act against them.

To facilitate money changing facilities for NRIs and foreigners, foreign exchange counters have been allowed in departure halls in international airports beyond the immigration and customs desks. “Such foreign exchange counters will, however, only buy Indian rupees from non-residents and sell foreign currency to them subject to usual terms and conditions,” RBI said. It has also directed authorities to put up displays at international airports, “reminding passengers that the area is the last point for non-residents to possess Indian Rupees”.