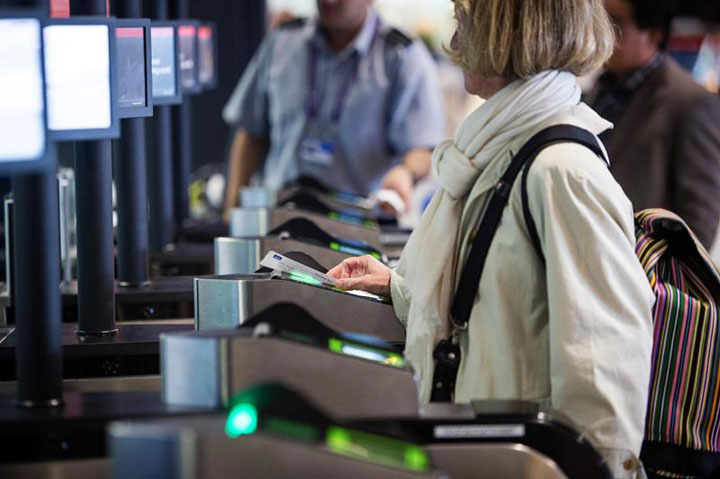 As a part of the ‘Positive Boarding’ program, London’s Heathrow Airport started using technology to inform airlines when individual passengers are running late and haven’t yet entered the security checkpoints; or if a traveler hasn’t yet made it to a checkpoint and has less than half an hour before their flight departs, they’ll be stopped by automated gates.

Being the first of its kind in the world, Heathrow aims to reduce airlines’ last minute searches for passengers or their bags, as well as give travelers more accurate information to help them smoothly through their journey. The software, now live in Terminals 1 and 3, has been designed so it is compatible with all airlines’ computer systems. It enables airlines to see what stage of the departure process a traveler is at and gives passengers bespoke information to help make their flight on time.

Previously when a passenger went through security search an airport security officer checked their ticket details, but now the passenger presents the barcode on their ticket at an automatic gate which, if the ticket is verified, opens to allow them through to security.

When the passenger presents their boarding pass, details from the barcode are compared against the central flight information and tailored information for the individual flashes up on screen. For example, if a passenger is in the wrong terminal the message will tell them where to go, or if they have limited time, they are instructed to go through security and straight to the gate. If a passenger tries to go through with too little time before their flight is due to depart, they are asked to return to check in and seek assistance from the airline. This also allows the airline to begin unloading their baggage as they have the ‘real time’ information of where passengers are in their departing journey.

Passengers who have checked in their luggage but fail to get to the gate on time can cause delays to the departing aircraft as the crews spend time trying to locate them. If the passengers can’t be found, it then takes even more time for baggage handlers to hunt in the plane to unload their bags – no bag can travel without its owner. Positive boarding helps the airlines make timely decisions to remove the baggage and keep to their departure schedule.

Having been extensively trialed at Heathrow, Virgin Atlantic is the first airline to adopt the process in Terminal 3 and Little Red in Terminal 1. During the first week 35,000 passengers successfully used the positive boarding technology as part of their departure journey. The data shows that 44% of the departing Virgin Atlantic and Little Red flights had passengers who could have potentially delayed the departure. Of these travelers, 700 were informed by the automatic information display to promptly make their way to the departure gate to ensure they didn’t miss the flight. 10 late running passengers were instructed to go back to check in as they didn’t have sufficient time to clear security and make their flight. This meant the airline could unload their luggage and depart on time.

« Amazing Madrid travel with a limited budget
Travel tip: Scan and save these images on an online cloud before traveling »