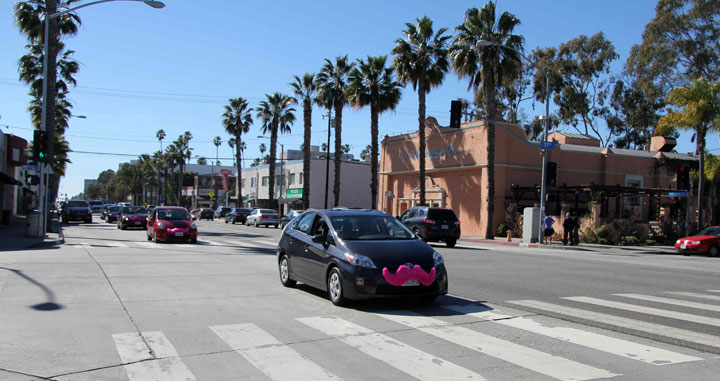 The top three taxi ride-sharing companies have been sent cease-and-desist letters by the LA City Department of Transportation – Uber, Lyft and Sidecar. These companies provide apps for smartphones that can be used to book non-public taxis or ride-share on the go. Now, the city’s department of transportation warned company officials and their drivers that operating an automobile-for-hire without a permit will not be tolerated.

“Due to the fact that your company has no permits or license to transport passengers for hire, in the interest of public safety, Sidecar, including all of its agents and contractors, is hereby directed to cease and desist from picking up passengers within the City of Los Angeles,” wrote Thomas M. Drischler, taxicab administrator for the L.A. Department of Transportation, in a letter addressed to Sidecar CEO Sunil Paul.

The L.A. transportation officials have hewed pretty closely to the earlier complaint from the California Public Utilities Commission (CPUC). In his letter, Drischler cited Municipal Code 71.02, which prohibits any sort of automobile-for-hire in city limits without the proper permits:

Users are taking to Twitter to vent their frustrations at this decision by claiming that “Lyft provides a better service, a better value, cleaner vehicles, and better customer service. It’s safer, friendlier, and easier.” Another user said “the reason these newer services are so popular says volumes about how bad LA cabs have been.”

Los Angeles taxis are not cheap compared to the ones in New York, Chicago or even San Francisco; and they have recently installed the credit card readers for accepting payments, before which customers were required to make cash payments.

Share your story or feedback on this issue in comments.

This is the letter sent: