Are you planning on visiting London for business or pleasure? You will no doubt be aware that the English capital is one of the most fast-paced multicultural cities on the planet.

One of the most popular myths is that the city is very expensive. However, it is more than possible to live within your means on a strict budget and still enjoy everything it has to offer.

Travelling to and from the capital is easy, with London’s major airports and train stations linked to the remainder of the city. Gatwick and Heathrow airports offer direct rail services into Central London and are often a considerably cheaper option than taking a taxi. 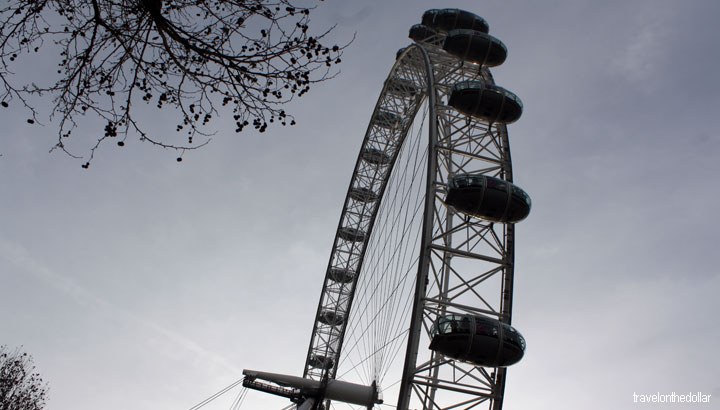 Once you are in Central London you can see and do everything you want via public transport. London’s Underground and bus network touches all four corners of the city, and you can buy day travelcards that cover your travel across the zones you wish to visit, whether you’re there for work or as a tourist.

If you are planning an extended stay in London for more than a few days, an Oyster Card is preferable, which offers discounted fares.

In terms of accommodation, London offers everything from both ends of the spectrum – the glitz and glamour of the West End to more minimalist hostels and B&B establishments. Ultimately, if you are travelling to London on a tight budget, a swanky five-star resort may not be within your reach. But increasingly, hostels are beginning to buck the trend of being cheap and cheerful, offering a boutique 21st Century service.

Contemporary London hostel chains such as Generator London offer all mod-cons, including free Wi-Fi in social areas, private rooms with en-suite bathroom facilities and personal storage areas to secure belongings. Generator’s London hostel is currently undergoing a considerable face-lift in a bid to provide a service that is more than just a hostel.

Increasingly next-generation hostels are more of a ‘hotel within a hostel’ that challenges even the swankiest hotels for customer satisfaction; proving that cheap chic is wholly possible.

In terms of entertainment it’s very hard to be bored in London. The city offers a multitude of free attractions that do not cost a penny to see and do. Most major museums and art galleries offer free entry, including the Science, Natural History and British Museums.

Other interesting free London attractions for travellers include the many street markets, most notably Camden and Portobello, the Changing of the Guard inside the gates of Buckingham Palace and the numerous street performers lining the streets of Covent Garden.

The best paid-for London attractions can often be visited at discount rates by doing your research on voucher sites such as Groupon and Wowcher; these offer great deals at theme parks, restaurants, exhibitions and much more. Simply sign up to these sites as soon as you know you are visiting London and you can plan in advance.

If you are a savvy shopper then you will have no problem enjoying what London has to offer without breaking the bank. London is not prohibitively expensive; contrary to popular belief. It’s simply all about knowing how and where to pick up those bargains!