Some of the airline news from the last week:

Air China to upgrade its Beijing-London service in May
Starting May 15, Air China will upgrade the airliner on its London (Heathrow) service CA937/8 to B777-300ER, and the daily flights will be offered. The outbound flight departs at 14:10 Beijing time and the return flight departs at 20:25 local time. 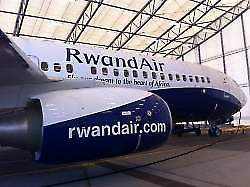 After already announcing Accra as their next destination, RwandAir announced the launch of direct flights from Kigali to two additional new destinations. Douala and Juba will be joining the growing list of destinations from the airline’s hub in Kigali over the next few months. The flights to Accra, Ghana will operate 5 times a week, and Douala will be served 4 times a week. Both flights conveniently leave Kigali in the afternoon, whereas the return flight for Kigali leaves the following morning. Boeing 737-700NG or B737-800NG aircraft will be used on the route, offering both Business and Economy Class service and attractive market promotion and introduction fares will be made available for bookings from this week. Both of these new destinations, Accra and Douala, will launch on June 1. The 2 cities will join Brazzaville, Libreville, and Lagos.

A month later, on July 1, Juba, the capital of South Sudan, will be added to the network and will initially be served 3 times a week with the recently-acquired brand new CRJ900NextGen regional jets. Departure from Kigali is at 0945 hours and the return flight from Juba to Kigali will take off at 1300 hrs, South Sudan time.

Kenya Airways to launch Abu Dhabi flights in July
Kenya Airways (KQ) has confirmed they will commence flights to Abu Dhabi, initially three times a week. KQ 316 will be leaving at 1925 hours every Monday, Wednesday, and Friday to reach Abu Dhabi, the capital of the United Arab Emirates at 0105 hours local UAE time, before returning to Nairobi with an ETA at 0555 hours the next morning being Tuesday, Thursday, and Saturday. Etihad, the national airline of Abu Dhabi, is presently flying daily between Abu Dhabi and Nairobi, using an Airbus A320. The inaugural flight will leave Nairobi on July 1 of this year.

** Operated by LAN Peru between New York and Lima.

Mukuba Airlines – new airline for Zambia
A new airline is starting up in Zambia. Called Mukuba Airlines, this is being set up by a group of Zambian expats and locals. The plan is that the airline will be operational before the UNWTO meeting in August. Two planes will be used initially – a Turbo Prop ATR 42-500 and an ATR 72-500, both French/Italian-made. They will be maintained by Air Botswana. The ATR 42 has a carrying capacity of 48; the ATR 72.