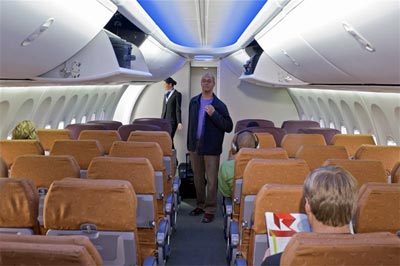 Various airlines have invented fees in the last few years to get their budgets rolling, and after comparing all the fees, one may see that budget-carrier Southwest has restrained itself from charging baggage fees fro the first bag on its flights.

But considering the fact that Southwest Airlines don’t have assigned seating, you may have to shove yourself in those middle seats if you are boarding in the last groups. And for those who just can’t stand to board their flight with the general masses, Southwest Airlines has the solution.

Known as the ‘Early boarding fee’, US$40 will guarantee that you will be one of the first 15 on the plane.

Passengers already had the option of paying $10 for Southwest’s “Early Bird Check-In”, which bumps them up in the boarding queue. But, the new early-boarding passes, which can be purchased at the gate up to 45 minutes before the flight, are a guarantee of priority.

What do you think about this new fee? Send your feedback in comments below.