American Airlines unveiled a new logo as part of an effort to revitalize the brand. 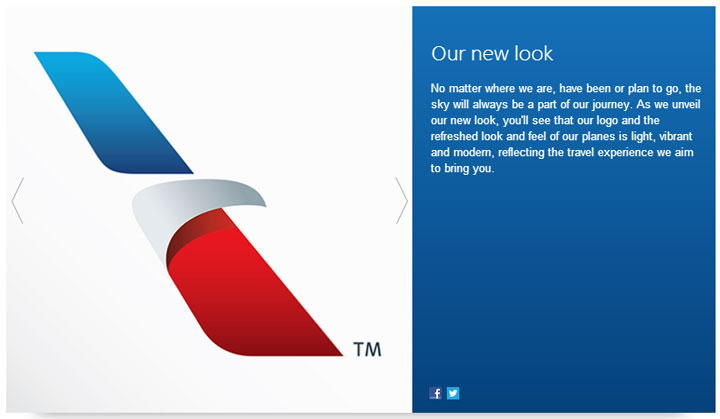 Introducing a sleek new look, the airlines expect to grace the company’s much touted new Boeing 777-300ER aircraft, which will hit the skies January 31.

Other changes at the airline will include increased international service, fully lay-flat business class seats with all-aisle access, fleet-wide in-seat entertainment in all cabins, as well as tablets for flight attendants and iPads for pilots.

The introductory video does touch curiously upon a much buzzed about possible merger.