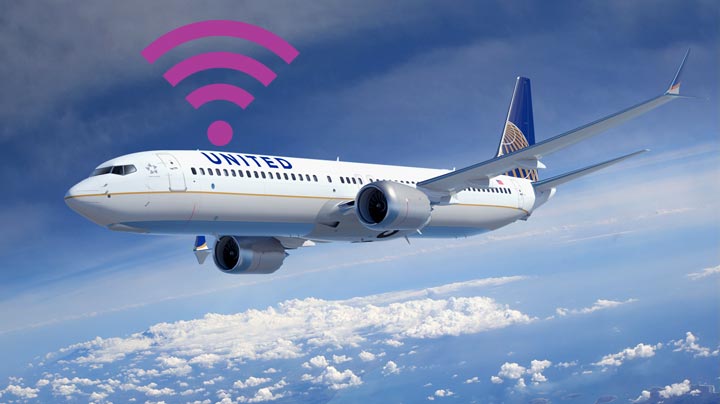 With a lot of other airlines already providing wi-fi on international flights, United Airlines is getting onboard with satellite-based Wi-Fi internet connectivity on the first of its international widebody aircraft, becoming the first U.S.-based international carrier to offer customers the ability to stay connected while traveling on long-haul overseas routes.

United will install satellite-based Wi-Fi on Airbus 319 and 320 aircraft, and on Boeing 737, 747, 757, 767, 777 and 787 aircraft. Customers will be able to use their wireless devices such as laptops, smart phones and tablets onboard those aircraft to connect with internet service using the in-flight hotspot.