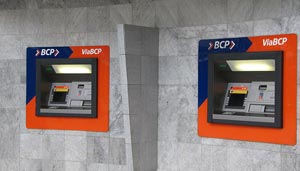 When you’re traveling to a new country, apart from the exchange rates between currencies that you’d think you know, there are “selling” and “buying” rates (The buying rate is the rate at which money dealers will buy foreign currency, and the selling rate is the rate at which they will sell the currency). And depending whether you are, well, buying or selling currencies, you may get different numbers. Add bank fees to that, so when you’re withdrawing cash from a foreign ATM machine, you are, most of the time, given an option to withdraw in the local currency or your home currency – and the rule is to always withdraw local currency.

Some of the ATMs will display a message like “This ATM offers conversion to your home currency.”, which may be enticing, but it’s a bad idea.

Why? Having currency converted is filled with hidden charges. A scam that goes by the name of Dynamic Currency Conversion (DCC) where the bank can make up an exchange rate for you and the only thing more likely to screw you over than your bank, is a foreign bank. These fees are over and above the fees that your local bank will charge for using a foreign ATM.

Rule of thumb – currency conversion at a foreign ATM will always cost you more, even if it sounds helpful. So always choose to be charged in the currency of the country you’re in.