Here’s a quick round up of airlines’ new routes and changes on some existing ones: 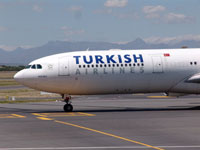 Kinshasa becomes one of more than 200 destinations Turkish Airlines currently flies to, including direct, non-stop flights from its four U.S. gateways, including New York, Los Angeles, Chicago and Washington, D.C. In April 2013, Houston will become the fifth U.S. gateway flying direct to Istanbul. 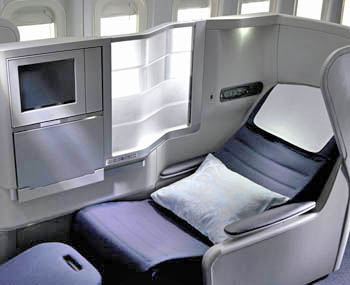 British Airways is launching a new route to Sri Lanka from London Gatwick next year. The three-times-a-week service to the capital city Colombo will start on March 31, 2013 and will be operated by a Boeing 777 with three cabins including Club World with fully flat beds.

Flights, which are now on sale, will operate via Male in the Maldives with a flying time of just over 12 and a half hours. 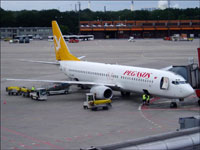 Pegasus Airlines extends its flight network to 57 destinations worldwide, with its second destination in Georgia: the Black Sea coastal town of Batumi; and Lviv, Pegasus’ third Ukrainian destination after Kharkiv and Donetsk, launching in October.

Batumi, Pegasus’ second destination in Georgia after Tblisi, will launch on 8 October, departing twice a week via Istanbul.

Due to a special agreement between both countries, passengers can also fly to Batumi or to Hopa in Turkey via Batumi. Batumi and Hopa passengers will all arrive into Batumi Airport. Hopa passengers will be picked up by Havas buses from the Batumi Airport Apron to clear customs and will be transferred to Hopa on 1 and a half hour private bus journey. For the return, passengers will check in at Hopa before returning to Batumi airport again by bus. Guests travelling from Istanbul Sabiha Gokcen are requested to check in at the international terminal for flights to both Batumi and Hopa. Guests who have purchased tickets to Hopa will not be allowed to exit the airport at Batumi.

British Airways will double the number of flights between Dublin and London Heathrow on its service this winter. Following the acquisition of bmi by International Airlines Group (IAG), British Airways now operates this important air link after taking over the route at the end of June.

The changes will take place when the airline introduces its winter 2012 schedule and launches a new timetable which sees the number of daily services increase from four to eight return flights, enabling it to offer thousands more seats a week between both cities.

The new schedule, effective from October 28, will also include the introduction of a new early morning departure time of 6.25am benefiting both business and leisure customers.

American Airlines has added 2 nonstop flights to St. Kitts beginning on November 16, 2012. The two nonstop flights will operate from Miami on Fridays and Sundays. The southbound American Airlines flight AA1153 will depart Miami (MIA) at 4:45 pm and arrive into St. Kitts’ Robert L. Bradshaw International Airport (SKB) at 8:35 pm every Friday and Sunday. The northbound return flight AA1726 will depart St. Kitts at 8:40 am and arrive into Miami at 11:05 am every Saturday and Monday. American Airlines will use a Boeing 737-800 aircraft with 144 Economy Class seats and 16 Business Class seats for this flight. All flights are listed in local time.

Below is the schedule for the new nonstop service (all times shown are local):

Alaska Airlines launched new nonstop service between Portland, Ore., and Ronald Reagan Washington National Airport in Washington. D.C. The flights are being operated with Boeing 737-800 aircraft, accommodating 16 passengers in first class and 141 in the main cabin.