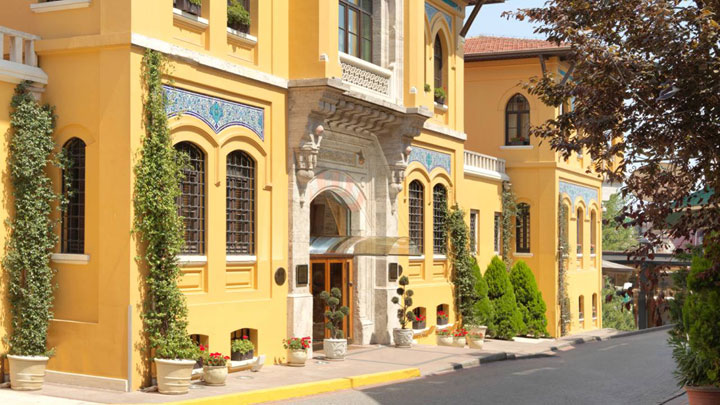 Virtually every guidebook and magazine article about Istanbul says the nightmarish prison depicted in the movie “Midnight Express” is now a Four Seasons Hotel. Almost, but not quite. The luxury hotel is indeed a former jail, and a notorious one at that, but not the one where Billy Hayes, the subject of “Midnight Express,” was incarcerated. And rather than hide from its past, the 65-room, neoclassical Four Seasons celebrates it. It will be the first to tell you that the courtyard is the jail’s old exercise yard. A former inmate’s scribbled pleadings remain on an old marble pillar, and the rooms – expanded former cells – retain their tiny windows and brass rings.